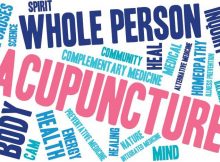 In most of cases, people go to visit a healthcare provider when they feel sick or something is wrong. In the world of Chinese medicine, people are encouraged to consult with a TCM doctor before something goes wrong so that they may be advised how to maintain their health, optimize their well-being and prevent illness. The highest level TCM doctor are those who can prevent from the incoming disease of the patients.

It is a lot easier to do if you are relatively healthy to begin with. Why wait till you are thirsty before digging a well? But most of us wait, often times to our detriment.

Please see the story below to get further understanding of how TCM works:

Bian Que was a Chinese medical sage who created the four diagnostic methods. He was a legendary doctor in ancient times, though his real name Qin Yueren has gradually come to be forgotten. He was respectfully given the name Bian Que because of his amazing medical skills.

Bian Que learned medicine from Chang Sangjun and was given a special power to see people’s internal organs through their bodies. When he traveled through various states he told the King of Wei he was the worst doctor among his family members even though he was the most well known. The King of Wei then suddenly realized that prevention is better than a cure.

Bian Que (407 B.C. – 310 B.C.) lived in Bo Hai (now known as Qiu County, Hebei) during the Spring and Autumn and Warring States periods. Because of his amazing medical skills that could bring back the dead, as well as providing accurate diagnosis, people respectfully called him Bian Que, a legendary doctor from the time of the Yellow Emperor.

As a youth Bian Que was taught medicine by an elder civilian doctor named Chang Sangjun. He studied diligently during his long-term medical practice until his knowledge and medical skills reached a superb level. They became absolute magic, leading to his good reputation as a Chinese medical sage that will forever be remembered.”

Que was the founder of Chinese medicine theory. He created the four diagnostic methods that are “Looking (at tongues and outside appearances), Listening (to the voice and breathing patterns), Inquiring (about symptoms), and Taking (the pulse)”. These four methods formed a complete diagnostic system of Chinese medicine. Bian Que is respected by the Chinese medical community as the founder of ancient medicine and the sage of Chinese medicine. He left many legendary stories during his lifetime. Among these, the most amazing story is that he could see internal body structures, including organs, with his naked eyes and his special powers. Even today there are many stories about Bian Que spreading among the Chinese. Examples include an apprenticeship served by Bian Que to Chang Sanjun, the enlightenment given by Bian Que to the King of Wei, Bian Que met with Duke Huan of Qi, and Bian Que angrily hurled stone needles. Such Chinese idioms as bringing the dying back to life and concealing malady for fear of taking medicine come from his stories as well.

Bian Que was born in the state of Qi. When he was young his family was not wealthy. He nevertheless cultivated himself to be diligent in character. He worked in an inn as a youth, welcoming and seeing off guests every day, being busy with all the rushing around. With his warmth and sincerity, diligence and consideration, the inn was managed in good order. At that time there was a long-stay traveler named Chan Sangjun in his inn, who had a very close friendship with Bian Que. One day Chang Sangjun told Bian Que: “I have some secret recipes. Because I am very old, and find you a very decent, honest, kind-hearted and diligent person, I want to impart my medical skills and secret recipes to you. But you should keep it secret, and not let anyone else know.”

Bian Que immediately asked Chang Sangjun to be his mentor. Chang Sangjun took a packet of medicine out of his pocket, and gave it to Bian Que. He said: “Divide this medicine into thirty parts. Take one every day with dew. You will see the effect in thirty days.” With these words, he gave all his treasured medical books and secret recipes to Bian Que. When Bian Que took them, he felt the excitement surging up in his heart, and could not help bursting into tears. When he was about to salute and pay homage, Chang Sangjun had already disappeared. Bian Que then knew that Chang Sangjun was no ordinary person. He took the medicine everyday as instructed. On the thirtieth day, he did not feel anything until he took the thirtieth part of the medicine. Suddenly he could see clearly the people in the next room through the wall. When he looked at the counterjumper standing next to him, all the counterjumper’s internal organs emerged in front of him, as if the counterjumper was transparent. Bian Que laughed in his heart, and did not call out. He read up on the medical books left by Chang Sangjun, and soon began to diagnose and treat his neighbors. With his skilled medical knowledge and extraordinary eyes, he eventually reached eminence as a doctor.

After Bian Que became famous he traveled through the various countries as a doctor. Not only the king of each country, but also the common people received Bian Que’s treatments. In Handan he heard the local people respected women, so he became a gynecologist; in Luoyang, because the local people respected the elderly, he became a geriatrician; people in the state of Qin favored children, so he became a pediatrician there. He became famous wherever he went. One day the King of Wei asked Bian Que: “You and your brothers are skilled in medicine, but who is the best?” Bian Que said: “My eldest brother is the best, followed by my elder brother. I am the worst among the three of us.” The King of Wei did not catch on, and said: “Tell me more about it.”

Bian Que explained: “My eldest brother always cures disease before it actually attacks. At that time patients cannot feel the disease yet, but my brother will give them the medicine to uproot the disease. Therefore it is difficult for his medical skills to be accepted by people. That is the reason why he is not famous – but his skills are held in the highest esteem by our family. My elder brother cures patients when diseases have just started to attack them. At this point the symptoms are not obvious and the patients do not yet feel bad. The villagers therefore think my elder brother is skilled at treating minor ailments. The patients that I diagnose have been very sick and in great pain. Their families are burning with anxiety. At this point they will see me puncture their veins and channels with a needle, letting blood from them or applying poisons to fight poisons, or undertaking major surgery to re-sect lesion zones. Patients will be in remission or be cured very soon, so my name is heard around the world. The King of Wei suddenly realized what was written in the Yellow Emperor’s Classic of Internal Medicine was true – prevention is better than cure. People can only see appearances, while a good doctor can cure serious illness and take preventative measures.