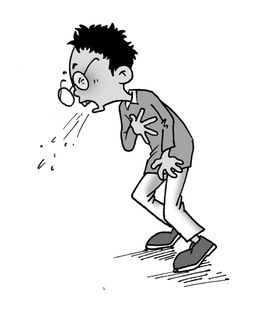 Colds and flus occur when an external bacterium or virus enters the body. The etiology or cause of the virus’s ability to enter the body is usually because of an immune deficiency,  which, can be healed. There’s a myriad of things that can cause the body’s defense system to weaken, including overworking, not sleeping enough, and not eating right.

Most of the time, the symptoms of an individual are determined by the pattern of how often they are sick, and the type of virus they are infected by. A common disbelief is the fact that if one person has the flu, the illness they pass on to someone else will have the same effects as when it infected the person who first had it. This plays a large role in the prevention of such illnesses.

Because of the distinctiveness of each individual, there is no spesific supliment that prevents the flu. But, there are many herbs like Huang Qi, which do have this effect, and boost your immune system.

Herbs are not often given by themselves, because although the herb given may be known as an immune booster, the effects it may have on different people may vary. For instance, an herb given to one person may cause them to become ill, while the same herb given to someone else could cure their sickness. Understanding this is one of the most important parts of Tradtional Chinese Medicine.

TCM doctors can take a very proactive role in wiping out the virus and stopping the disease process, which immensely reduce the period of time in which you are sick. The reason this is so important is because many chronic diseases, such as asthma and heart disease, can originate from having a cold that was never treated properly.

THE NEGATIVE EFFECTS OF OVER EATING, NOT JUST BECOMING OVER WEIGHT