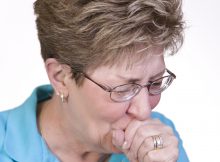 HOW TO OVERCOME A STUBBORN COUGH WITH CHINESE MEDICINE

This winter many people suffer from cold, some people even keep catching it for several time. The comman cold is a viral infection of the upper respiratory tract which is associated with symptoms like a runny nose, sneezing, an itchy or sore throat, cough, nasal congestion, fever, body aches or a mild headache. Everyone’s symptoms are slightly different because there are hundreds of different virus caused it.

Most people recover from a common cold in several days, but sometimes, a cough can linger for weeks even after the infection has cleared. This is because the airways may still be inflamed and sensitive to triggers like dry air, smoke and dust.

In traditional Chinese Medicine, we consider the common is lung dysfunction. The lung system disseminates protective qi over the body’s surface, which forms the first barrier against the invasion of external pathogens. Cold symptoms are the result of a battle between the protective qi and the external pathogens in the superficial portion of the body. Besides the body’s natural resistance, environment and seasonal factors play important roles in determining what pathogens are prevalent. Generally, wind evils are the leading pathogens and they are often accompanied by cold, heat or dryness evils, making people have different symptoms when they have a cold. When coughing becomes a major complaint, it means the pathogens have disturbed qi activities inside the lungs. TCM treatment for cough and cold symptoms in different stages:

Acupuncture & TCM herbal formular are tailor-made to target different aspects of the cold symptoms, promote a comprehensive healing process, that can suppress the urge to cough, soothe an itchy or sore throat, promote expectoration, relieve nasal congestion, ease breathing, and alleviate headache and fatigue. They deliver a general feeling of wellness, and will not induce the drowsiness or other unwanted side effects caused by antihistamines or decongestants.

Normally coughs caused by external pathogen invasion are not difficult to treat, but ineffective management of a cough can cause the cough develop into chronic,  long-term treatment.  Improper diet is one of the factors. Eating too many cold and raw foods will weaken the digestion system, make it produce phlegm and dampness which will disturb lung functioning; on the other hand, over-consumption of hot and spicy foods promote heat accumulation, which dries up the lungs and makes the mucus sticky and hard to expectorate. When this type of cough is associated with internal damage, there will be a long process to cure the cough.